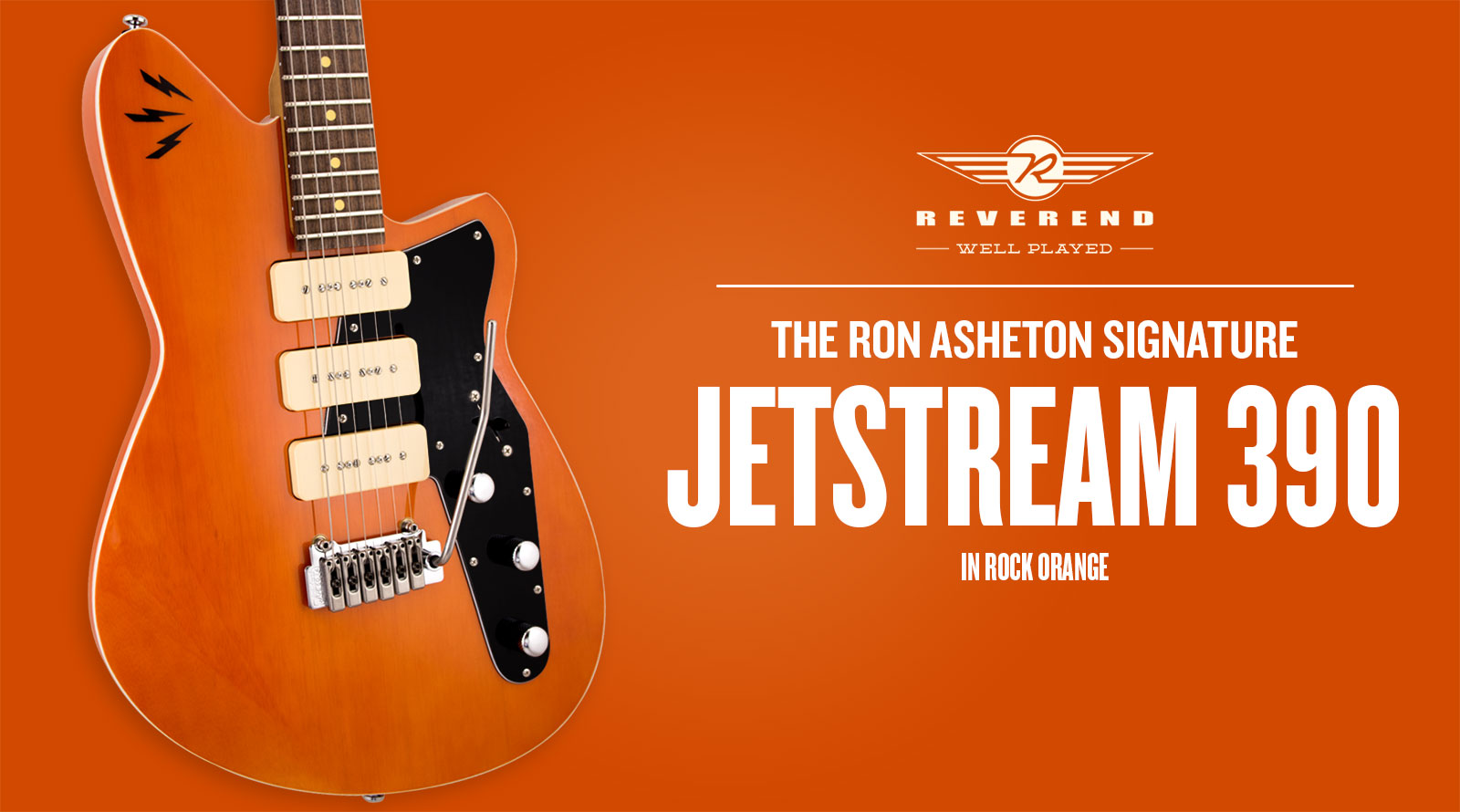 Ron Asheton and Joe Naylor went way back.  Naylor built a Naylor Amp for Asheton years ago. When Reverend Guitars began, Asheton was first in line to get one. By 2007, the Stooges reunion juggernaut was in full swing, and Ron Asheton was playing a Reverend Jetstream 390 in Rock Orange.

In 2008, all of The Stooges gear was stolen along with their truck, in Montreal.  The Jetstream disappeared.

We added the trio of lightning bolts – a decal that Asheton was fond of – to the upper horn.

The decal was originally the Naylor Amps logo, and it appeared on Asheton’s original Signature Volcano.