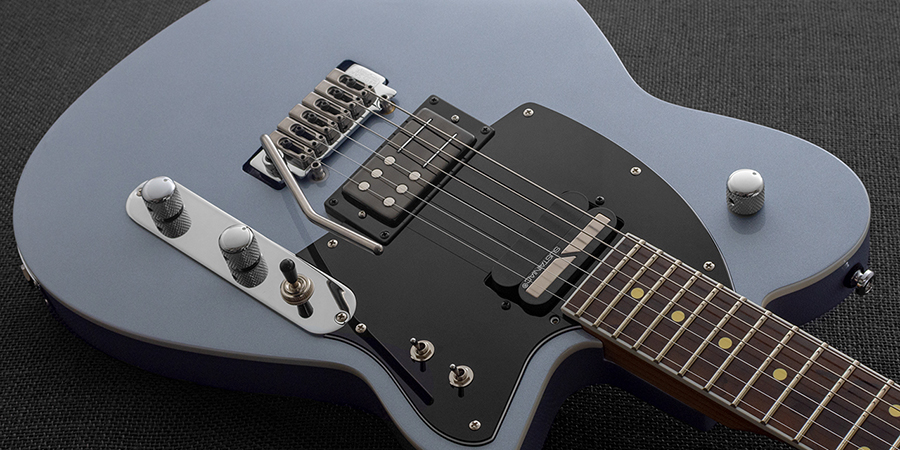 Reeves Gabrels isn’t known for toeing the line of the mainstream.  The new Reverend Reeves Gabrels Signature RG-SUS reaffirms that. The RG-SUS is just like his original signature model with Reverend Guitars, but it’s loaded with a Sustainiac system for authentic and controllable feedback.  Create massive sustain without signal loss, and harness feedback for another dimension in playing.  It’s the best usable feedback tone on the planet.  The RG-SUS comes in Metallic Silver Freeze with a Pau Ferro fingerboard on a roasted maple neck.